Will’s career as an advocate for ecosystems and the rights of other animals – domesticated and wild, as individuals and as species – reflects his dedication to justice and nonviolence while not forgetting our fellow humans. Will’s work for various nonprofit organizations leaves no species or ecosystem behind. He is focused on the overarching perspectives found in human ecology: “There are only one problem and one cure—human behavior.” Will was the founder of the Seattle-based nonprofit, Green Vegans. In 2013, his book, Green Vegans and the New Human Ecology:  How we Find our Way to a Humane and Environmentally Sane Future, was published.  Most recently, he appeared in the documentary, Cowspiracy.

Will’s formal entry into environmental NGO began with his 1978 founding of Greenpeace Alaska, in Anchorage, Alaska. Shortly thereafter, he was appointed to the national board of directors of Greenpeace USA. Since then, he has had a long career in campaign management in both the environmental and animal welfare sectors for a number of organizations including Earth Island Institute, Progressive Animal Welfare Society., Animal Welfare Institute, and In Defense of Animals. For three years, Will worked as the Project Director for Earth Island Institute’s Orca Recovery Campaign, which included expansive public education and outreach throughout his negotiated donation of 200 billboards posted in Seattle. Through his work with scientists, NGOs, and policymakers, Will successfully revived an earlier effort to place the Southern Resident Orca whales on the Washington state endangered species list. 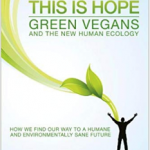 Though a significant amount of his environmental work revolved around marine mammals and, most recently, elephants, Will has conducted numerous efforts spanning a wide variety of subject matter including, but not limited to, Steller sea lions, offshore oil and gas impacts in Alaska, the Alaska aerial wolf hunt, Pribilof fur seals, the squid driftnet fishery, mountain goat hunting in the Olympic National Park, writing comments for several environmental impact statements and hearings, tribal subsistence and take issues, industrial impacts in Mexican gray whale calving lagoons, California sea lions at the Ballard locks, environmental impacts of industrial food production, whaling and general human ecology. He has attended the International Whaling Convention meeting on two occasions as an advocate for cetaceans, and gray whales in particular.

Will holds a BS in Management and Communication. He resides in Seattle and continues to focus his interests on the larger questions of human ecology. He has been vegan for several decades, is happily married to Hal, and shares life with feline Moo.